Map Interface Design
Overview
Iris is the first private lunar rover to be launched to the Moon in 2021. I am currently working on the Maps team as a user experience designer to build the teleoperation system that Carnegie Mellon University will be using to conduct science missions. The teleoperation system helps to remotely control the rover from Earth and the Map is a key feature for the team to plan, view, and execute mission plans.
Project Timeline
January 2020 - Present
My Contributions
Interface Design
Interaction Design
User Testing 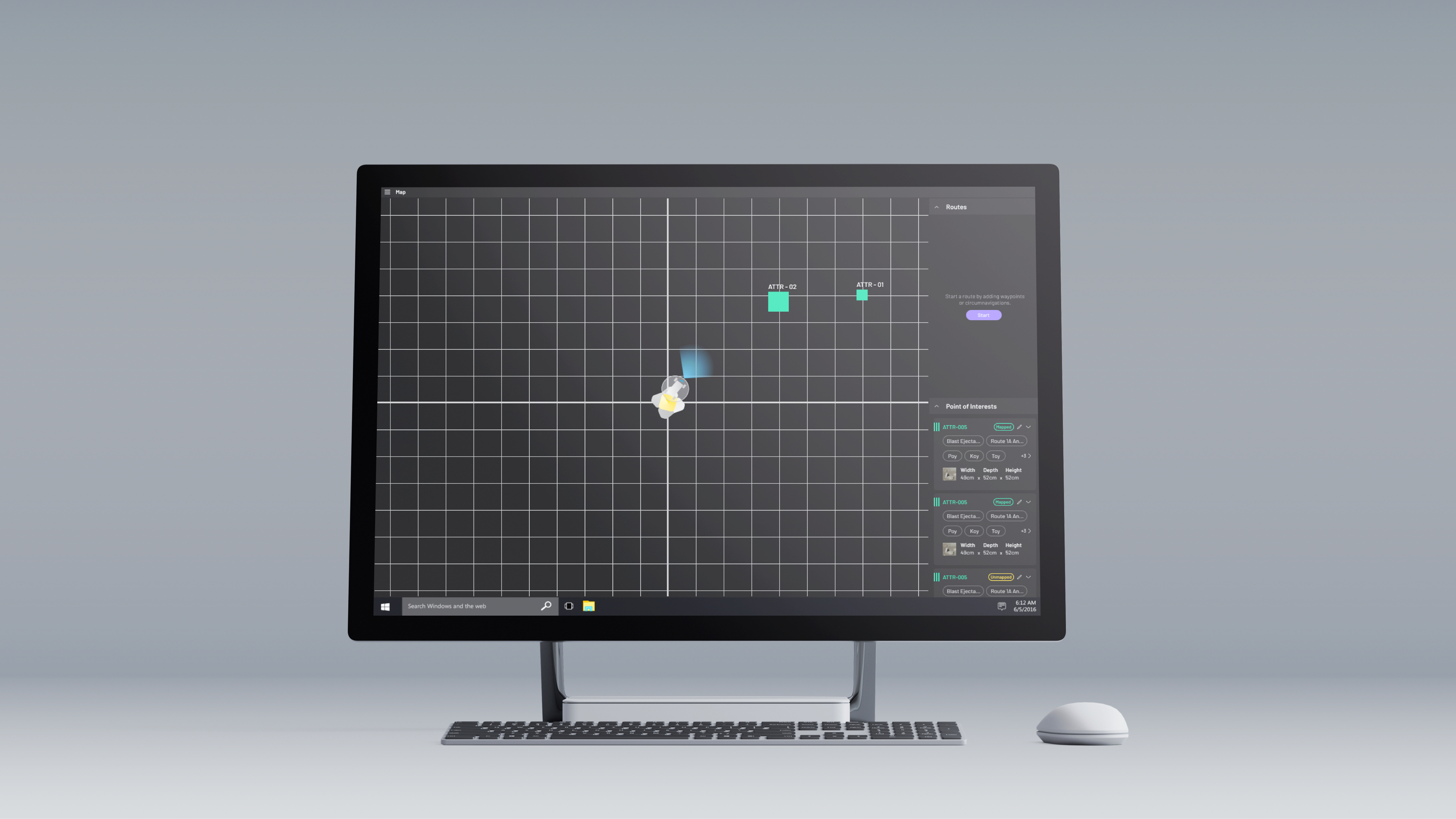 Iterating designs through weekly feedback sessions with other designers and developers.

As the rover is moving around, the team might discover new Points of Interests (such as rocks or other obstacles) and need to edit the segments of the route. Route segments are connected by waypoints. In order for the mission to go successfully, it is important to allow the operators to flexibly edit waypoints. 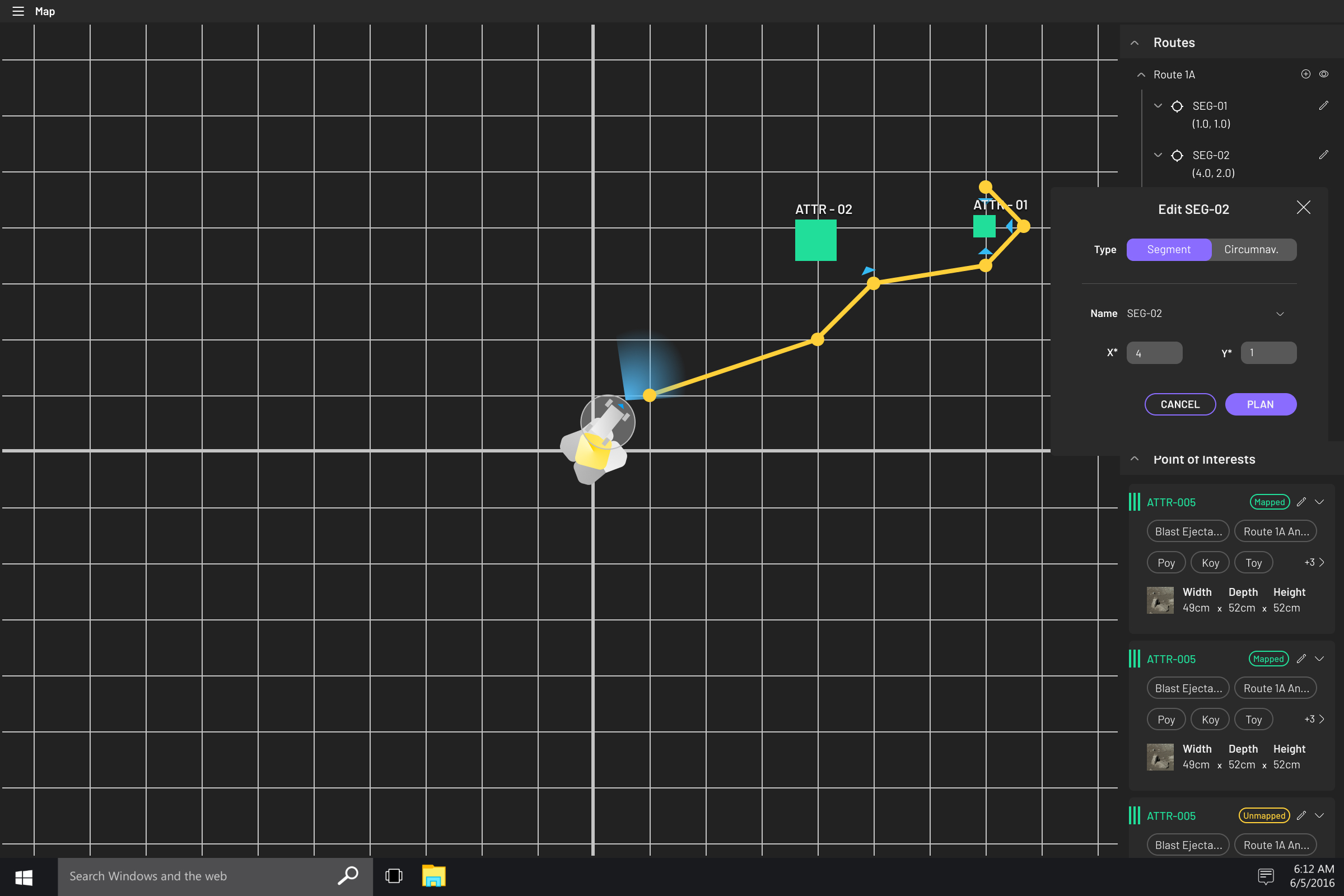 One of the main goals of the science mission is to take pictures of Points of Interests (POIs) from multiple angles. The circumnavigation automates the process of plotting where the rover should take pictures on the Map. Therefore, editing circumnavigations is important to allow scientists to adjust how many pictures they want at specific POIs during the mission. 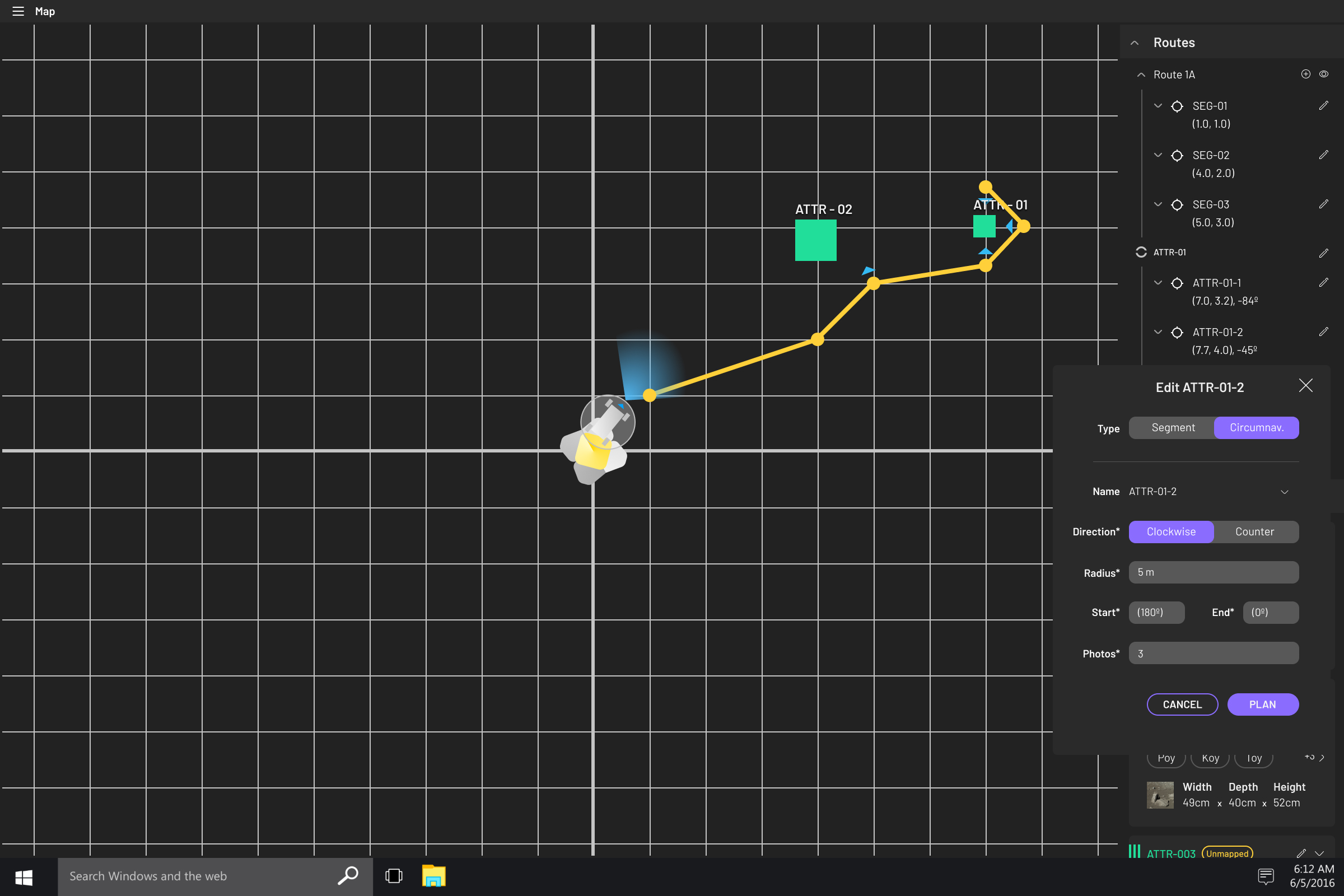 From conducting interviews with the cartographer who is in charge of planning routes, we discussed that it is important for the operator team to know how large the margin of error is of the rover's current location. For example, the larger the gray circle around the rover is, the larger need there is for the operator to localize. This means that the team must check that the rover is not too close to any obstacles or sitting in any shadows. 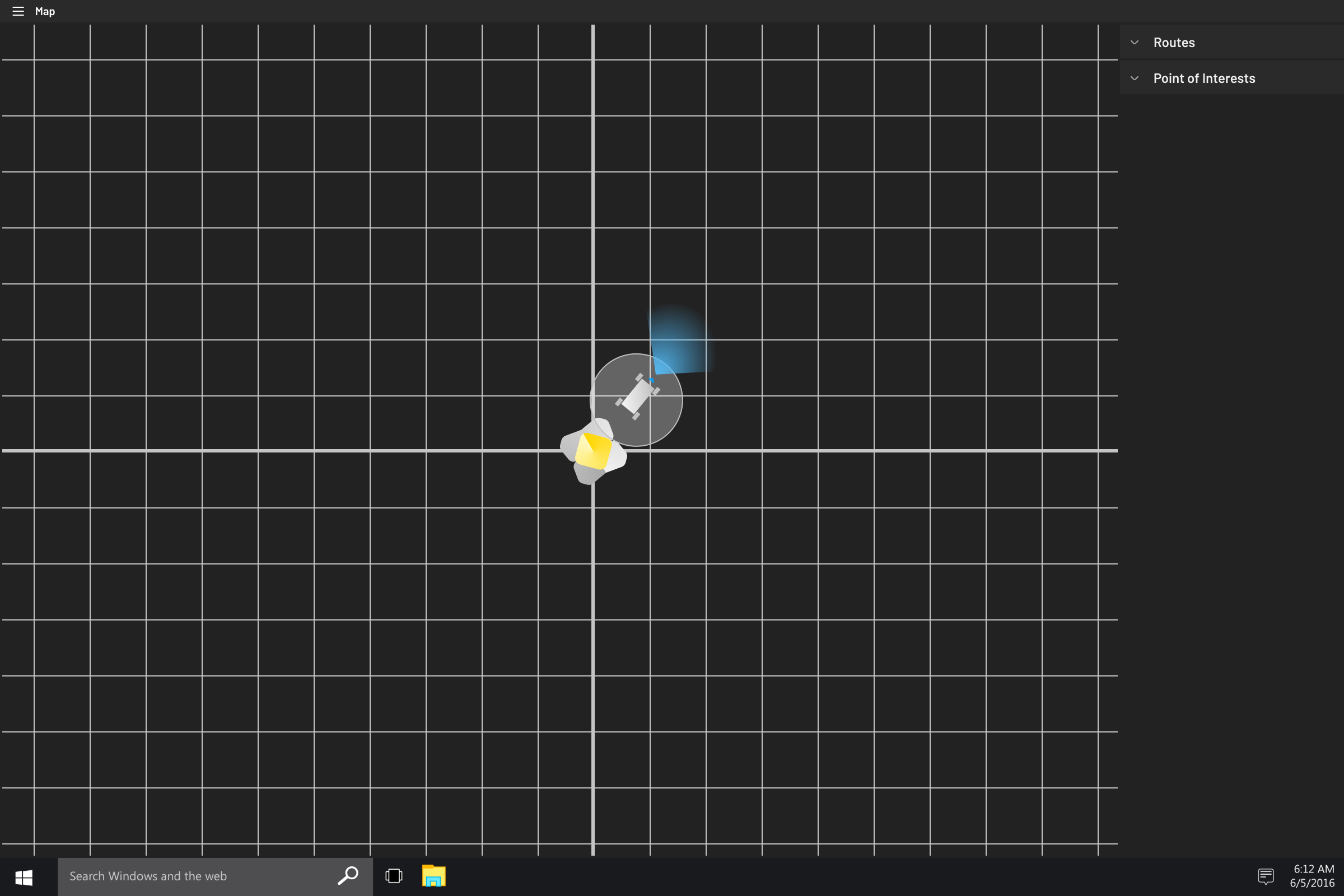 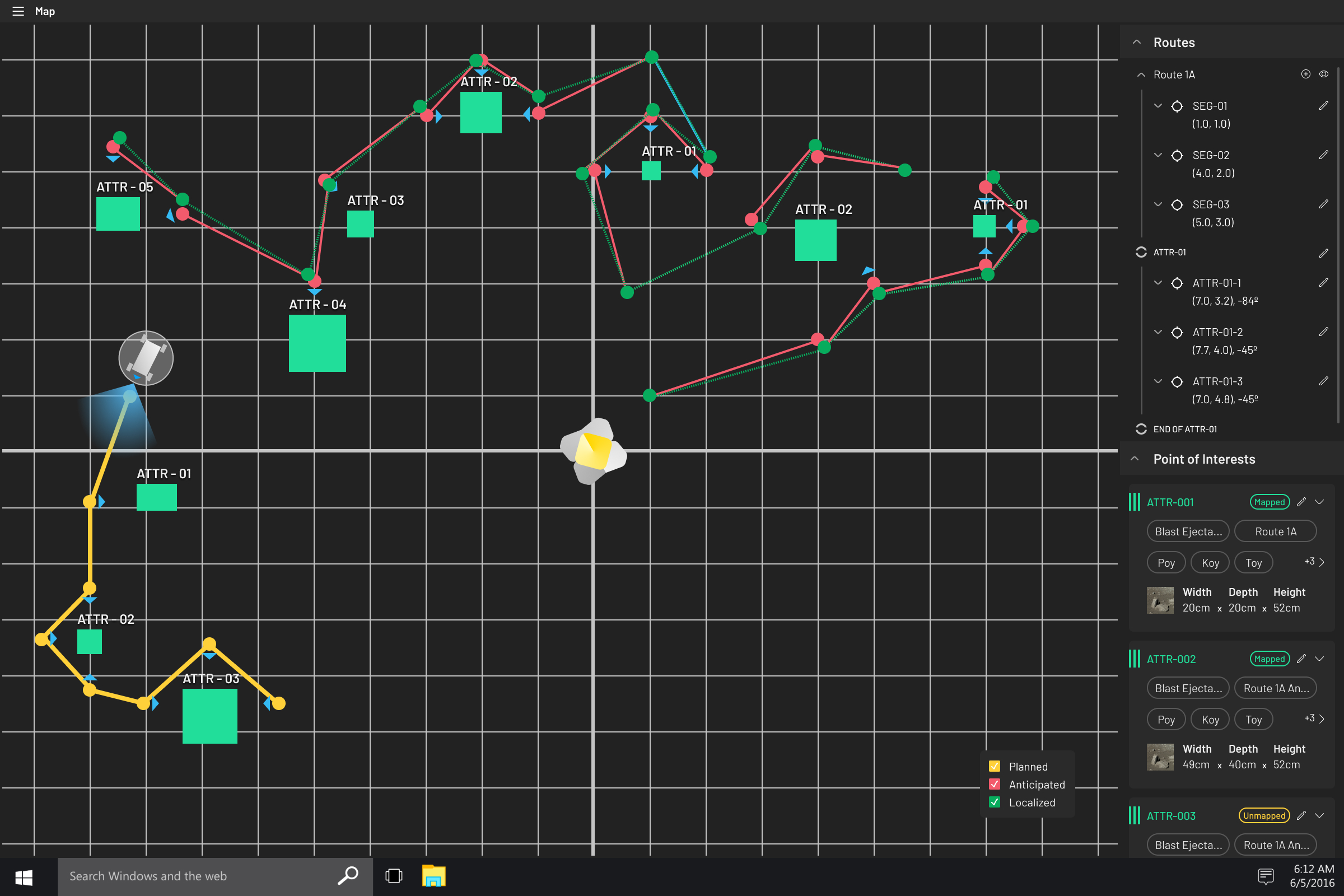 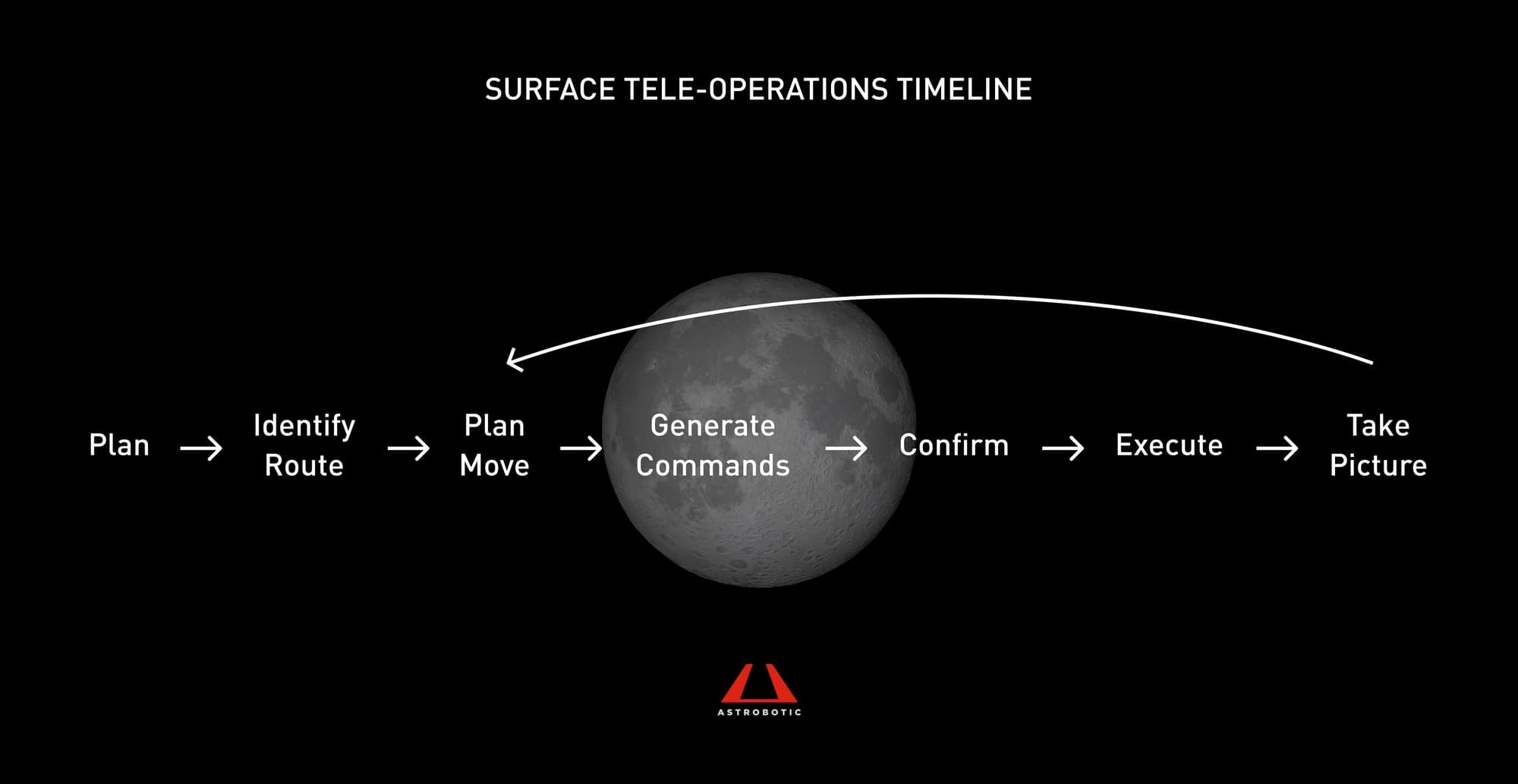 Since there’s no accessible user base that we can test designs with, we hold virtual paper missions. The paper mission is a simulation of the science mission which is hooked to the command line.

We also test with the leads of each team by having the tester run through scenario prototypes to help us test our user flow.

Takeaway
Navigating the mission with different teams and stakeholders can get complicated. However, through communication channels such as our weekly all-hands meetings, dev-designer meetings, and maps design team meetings, we can more easily organize the flow of information and solve problems together.

Back to TopNext Project